Douglas Aldridge is a passionate and eccentric American Multi-instrumentalist and Alternative, Indie Folk Singer-Songwriter residing in Atlanta, GA. Born in Miami, FL., in February 1985, to renowned Singer and Music Minister, Douglas Aldridge Sr. They moved to Georgia when Douglas was less than 1 year old. Douglas's grandfather, Donald Eugene Aldridge (1931 - 2016), was also a renowned Singer in his 20's in Steubenville, Ohio, making Douglas Aldridge a 3rd generation singer and entertainer. Douglas cut his teeth to the music of his parents and grandparents and joined his elementary school choir continuing vocal training throughout high school.

At the age of 16, Douglas began writing songs and performing with other local musicians and bands. He moved to Athens, GA to form the band "Rhabdophobic" at age 18 and recorded his first solo E.P. "About Time". An album about the struggles he faced as a teenager within his family, with authority and the nuances of being in a band. It wasn’t until Douglas started a folk duo "The North and South" that he started to see himself as a Singer Songwriter. He found a muse in his own limitations and struggles as an artist.

In 2012 Douglas released, "To Sing The Blues", an album about challenging ones self-image and learning from life choices. The following 3 years he worked on his craft and his 3rd solo L.P., "And To Scream Loudly", about anger, loss, and redemption. In 2015, a collection of new songs on the "Mouth Full Of Nothing" E.P., were released. This album sparked his creative nature and started him on a path to writing and releasing the E.P., “Optional”, that would become some of his most well-received work. In May 2016 Optional became the first album to be accepted by Pandora from Douglas Aldridge and has attributed to many more successes for this artist.

“To visit my grandfather, in the months before his passing, and share successes that were happening in my music career... It’s a big success for me to have not missed that moment." A few months after his grandfather's death, Douglas began writing his latest L.P., "Running From Myself", about daring to dream in a world always trying to wake you up. 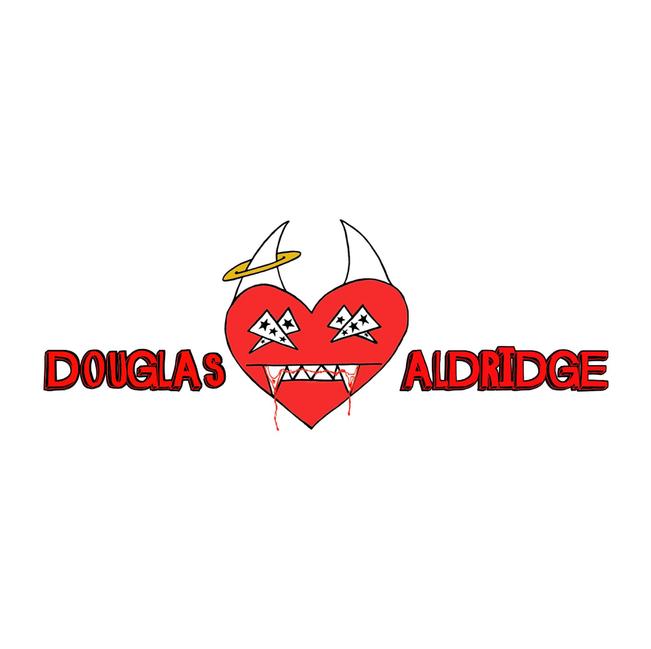 Listen to music, check out upcoming events, find out what's going on, and contact us on social media and email!